The Most Outstanding Rooftop Grease Containment Contractors in Lexington

Smokey, grimy grease from a commercial kitchen is channeled to the roof via a hood. Over time, the grease begins to build upon the roof (and inside the hood), causing damage to the roof and making it look flat-out ugly.

Under the effects of grease contamination, the roof will corrode faster, thus requiring roof replacement sooner than expected. Without proper containment of the grease, surrounding building materials can become contaminated, including insulation and wall paneling.

A rooftop grease containment system from Lexington Hood Cleaners is the answer.

What Is A Rooftop Grease Containment System?

It’s a large container that completely contains the grease from the commercial kitchen exhaust system, keeping it off of the building’s roof and out of sight. The main idea is to protect both your property and our environment from harsh contaminants. This helps you maintain your building’s value and appearance.

The first step in controlling rooftop grease is choosing the best containment system for your business (and budget). Common hood systems include the following:

Simple to use bucket-and-drain containment system that keeps the hood’s contents off the roof while collecting large amounts of fluid. Hoods with this type of system are typically designed for single or double-stack applications and come in various sizes depending on your needs.

Bucket-and-drain containment systems are typically installed in smaller kitchens, with capacities ranging from 500 to 3000 gallons.

The catch bag has a hook on the bottom so you can pull it out of the catch bag drain pan. It is very easy to clean compared to other roof grease containment products.

One of the best features of the bucket-and-drain system is that it can be used in any hood (whether or not it has a grease filter) and does not require modification to the hood.

The catch bag can also be removed without standing on a ladder, keeping your employees safe from potential injuries. Two safety hooks secure the catch bag to the pan so it won’t fall off or get blown away by the wind.

The built-in safety hooks prevent the catch bag from blowing off the containment system in high winds. Hoods that are retrofitted with a bucket-and-drain system can be added on to at any point, making them suitable for even short-term and temporary businesses that only need a containment system for a short time.

A tank with a sump-and-drain containment system captures large amounts of greasy runoff while preventing any leakage into the surrounding area.

Despite having larger capacities than bucket systems (3000 gallons or more), sump systems can be installed on most roofs of practically any height, making them economical for all types of businesses.

The sump system comes with a regular pump to drain grease into an underground container or grease trap (or you can upgrade to a submersible pump). These units also come with safety hooks and a built-in bag collection.

What Are The Benefits Of Rooftop Grease Containment Systems?

High impact, thick polyethylene (made of recycled materials) will keep the grease contained, rather than letting it splash around and eventually drip down the roof. This type of system stops oil from running off rooftops and parking lots, which can easily cause stormwater contamination. The rooftop grease containment system also prevents rusting of the exhaust system, which is normally caused by excess moisture inside them. 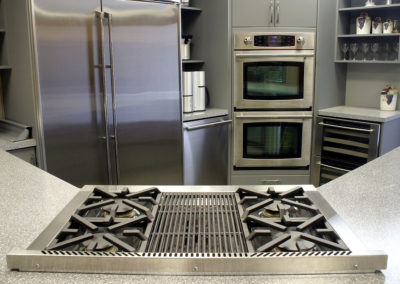 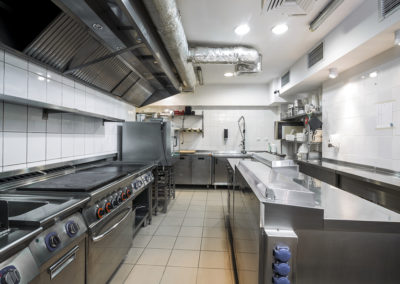 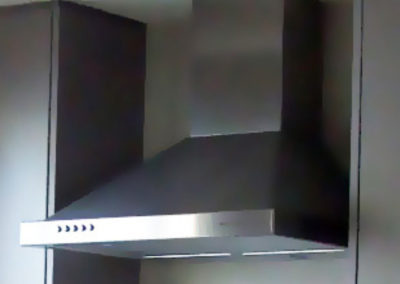 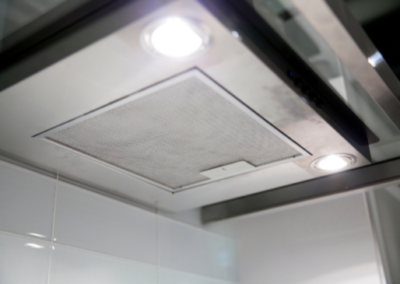 Who Will Install My Grease Containment System?

We will! Our highly trained employees do it daily. Even though these systems are very easy to set up, they do require the expertise of a crew well-versed in these types of installations. We have a 100% satisfaction guarantee for any rooftop grease containment systems we install.

What If I Have An Existing Hood System That’s In Need Of Cleaning?

We can clean that, too! Visit our hood cleaning web page to find all the information you need about this process. Or faster still, give Lexington Hood Cleaning a call at (859) 493-8778.